How IIIF Cloud Services emerged as a platform for Wellcome Collection 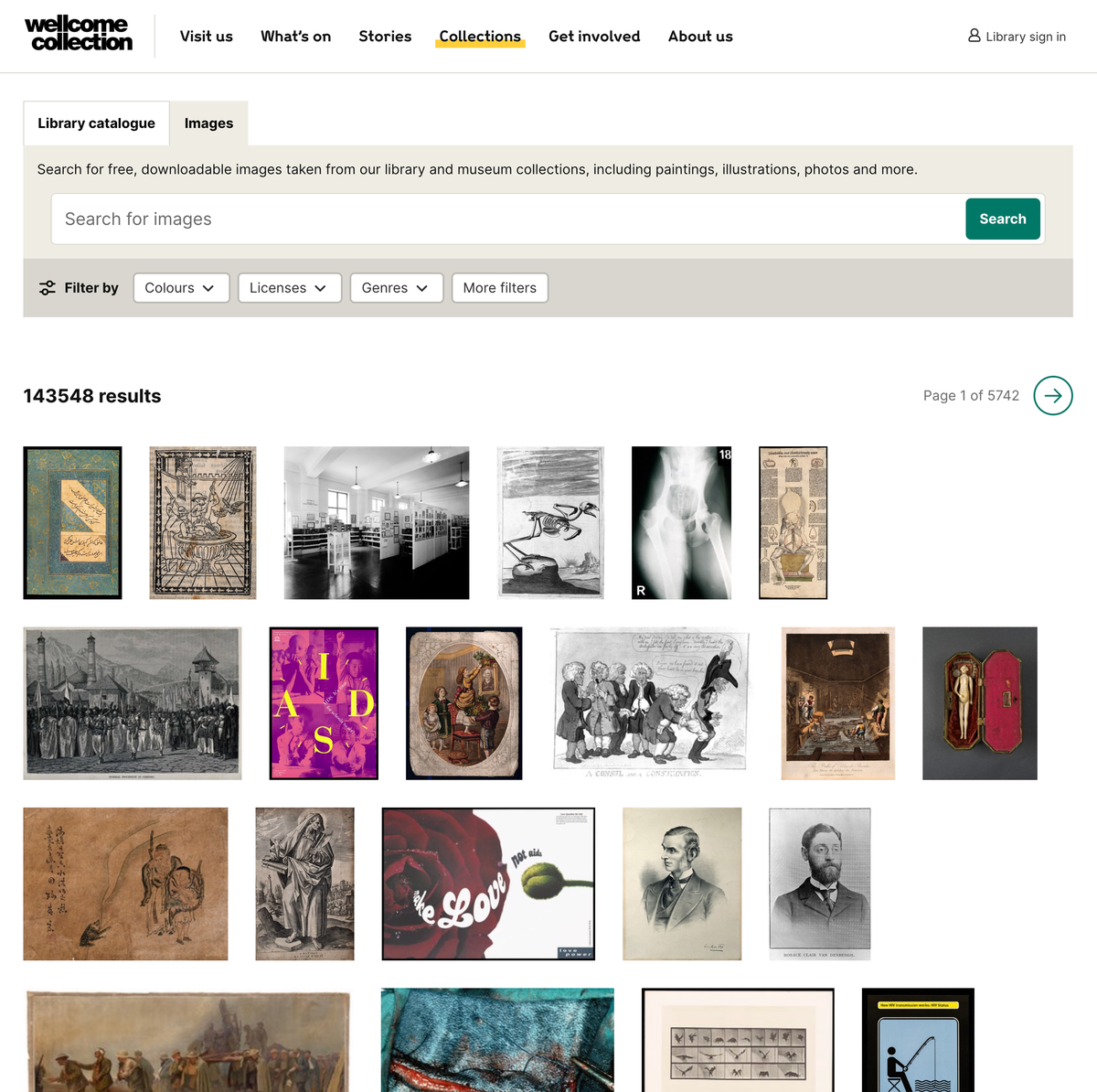 Background: the emergence of IIIF

Our cloud services architecture was originally developed to serve the Wellcome Collection’s asset delivery requirements, at the largest scale, while being open for others to use to host smaller scale collections.

We started working with Wellcome Collection to build their Digital Delivery System (DDS) at the end of 2011. When it first launched a year later, the on-premise platform delivered digital objects and deep zoom images to the public. At the back end it integrated with Goobi for digitisation workflow, and Preservica for digital preservation. This was pre-IIIF; in those days, deep zoom images were served using the older DZI format and digital objects were represented by a bespoke JSON format, viewed in the Wellcome Player.

When IIIF came along we adapted Wellcome Collection’s DDS to provide IIIF Presentation API Manifests and IIIF Image Services, replacing the bespoke formats. We also helped develop the IIIF Search and Authentication APIs and ported their existing search and access control integration over to IIIF. The Wellcome Player evolved into the Universal Viewer (UV), and this combination of DDS and UV powered the Wellcome Collection’s digital presence.

From DDS to DLCS

In 2016, with Wellcome Collection digitising up to a million new images a month, we changed the architecture - the on-premise DDS continued to integrate with Goobi and Preservica, but asset delivery was moved to a new platform in the cloud. By providing a standard, IIIF allowed a clean separation of concerns; this new Digital Library Cloud Services (DLCS) platform could provide IIIF Image API services for any image, or transcoded derivatives for any AV resources registered with it. It also hosted born digital formats, could enforce content-advisory or clickthrough access control, as well as deeper authentication integrations, all via the IIIF Authentication API.

The DLCS was designed for integration right from the start - we began by designing a public REST API that met Wellcome Collection’s integration needs, but also catered for other delivery and integration scenarios we encountered across the cultural heritage sector.

Thus asset delivery was decoupled from the Wellcome-specific parts of the overall platform. This approach has proved invaluable as in the years since, Wellcome’s digital preservation, storage and public engagement aspects have changed dramatically while the DLCS has continued to provide standardised IIIF asset delivery, now for over 50 million assets.

This same DLCS API and cloud architecture is now available as IIIF Cloud Services, for anyone to use - whether as an individual using our portal user interface to host a small amount of content, or as an institution like UAL, for example, who use the DLCS as part of an integrated IIIF platform. 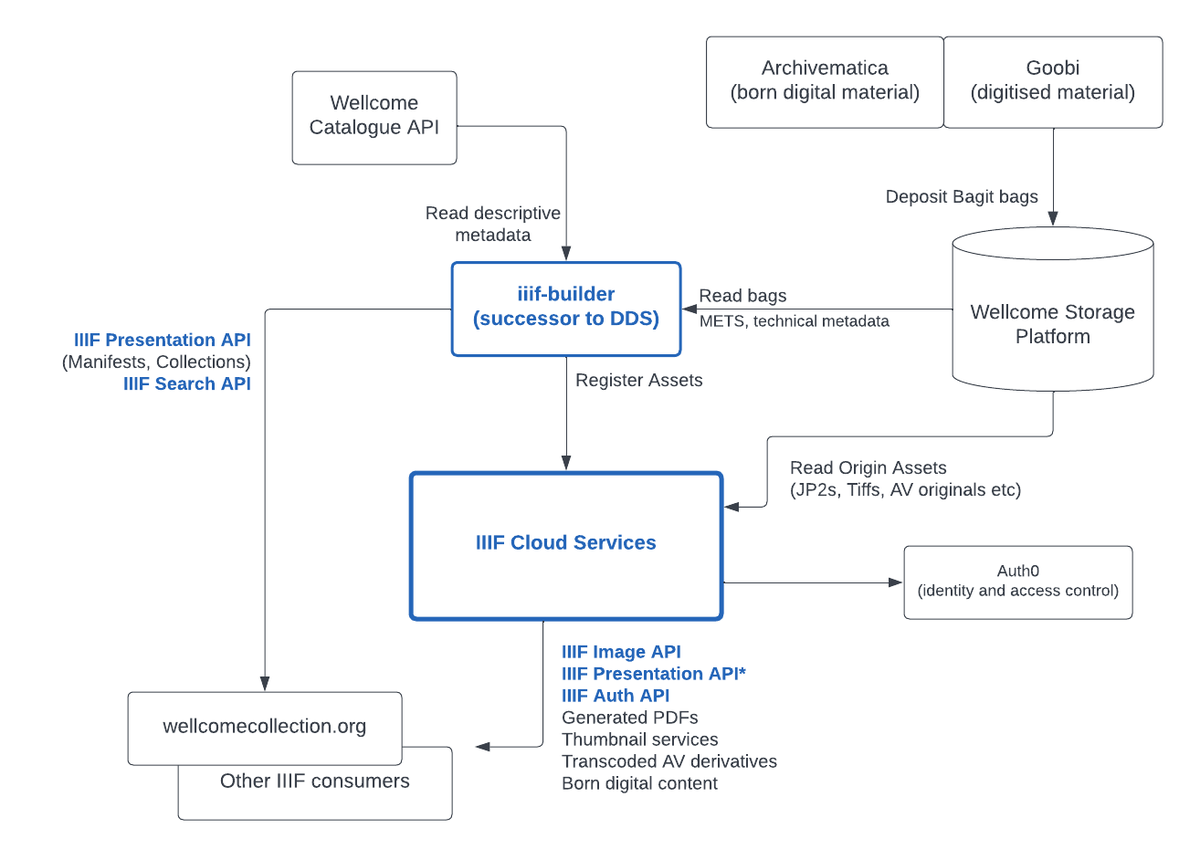 * While the IIIF Cloud Services platform can also produce IIIF Manifests from querying assets, this approach is only used for previewing at Wellcome Collection; the public Manifests are generated by iiif-builder.

University of the Arts. London

Delivering a Platform and API that connects collection items from different sources so that they can be presented in a single user interface. 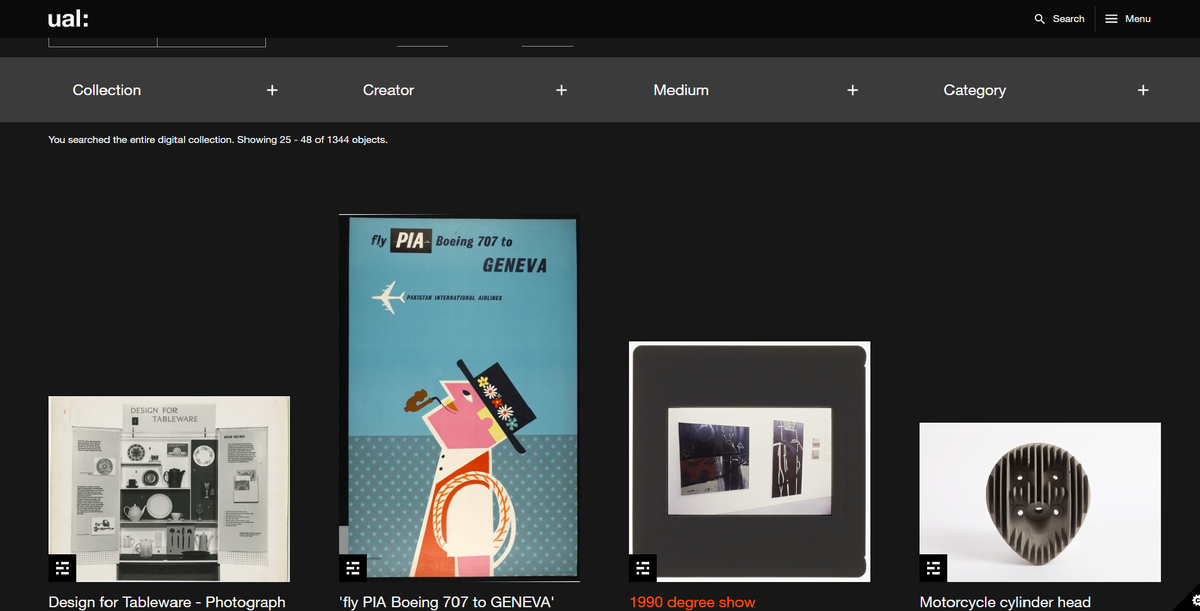 A lightweight approach to making an archive available online. 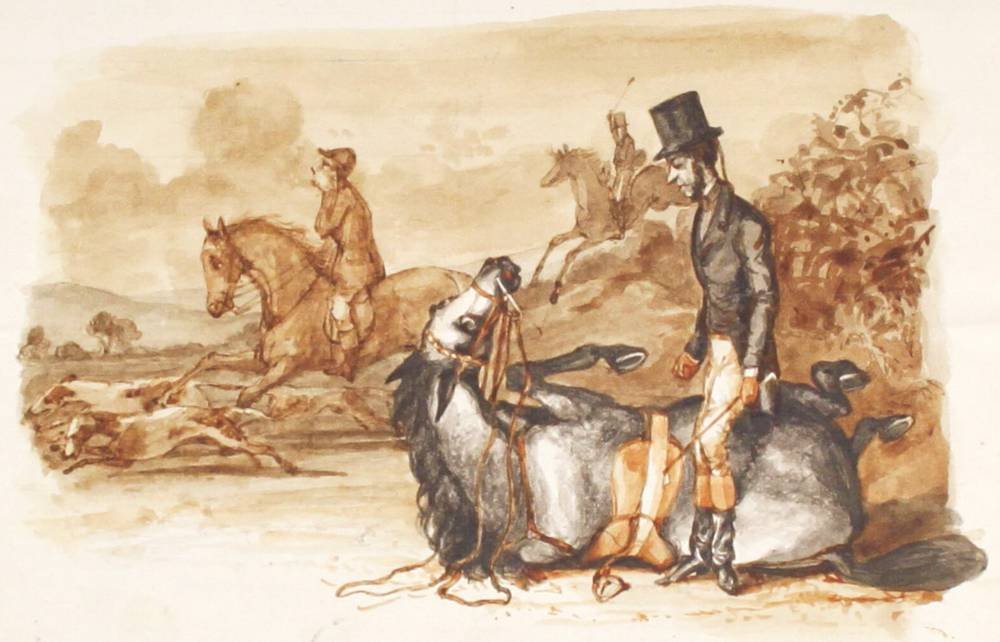